These steps come in the wake of thousands of failures of metal-on-metal hip replacement systems, such as the Pinnacle system made by DePuy Orthopaedics, a subsidiary of Johnson & Johnson.

There is lots of buzz around the Depuy Hip Replacement Lawsuit

Metal-on-metal hip replacement systems use a metal ball and joint, rather than a plastic or ceramic joint. However, these systems have failed at a higher than normal rate, requiring revision surgery or surgeries and causing other problems, such as irritation at the implantation site. Another problem has been the heavy metal shavings that can lead to bleeding at the implant site or leech into the patient’s bloodstream. This condition is called “metallosis.”

Metal-on-metal hip replacement systems use cobalt and chromium, both of which can cause various health issues and have been linked in medical research to depression and symptoms of dementia.

The U.S. Food and Drug Administration has ordered metal-on-metal hip replacement system manufacturers to submit premarket approval applications, which allows FDA officials to review the design, testing and production of the systems before they are available for use.

According to court documents, DePuy Orthopaedics had design, testing and production flaws with some of its metal-on-metal hip replacement systems. Juries have awarded hundreds of millions of dollars in damages to patients whose systems failed

• review literature regarding devices and results in the United States and around the world;

• review reports involving failed devices to determine why and how the device failed;

• direct manufacturers to conduct a postmarket surveillance study to gather “additional information about the safety profiles of the implants, including the effect of metal ion concentrations in the bloodstream”;

• organize orthopaedic registries around the world to more consistently report and catalogue issues with the devices; and

That’s not all!
In 2005, J&J pushed their DePuy ASR Hip implants in the United States as a new design that would last 20 years and would provide a greater range of motion. The DePuy ASR metal on metal hip implant design has a metal femur head that rotates within a metal cup, known as a metal on metal design. According to the FDA metal on metal (MoM) Hip Implant Systems consist of a metal ball, metal stem and a metal shell. These metal on metal hip implants were designed to have less device wear, decreased chance of dislocation, and decreased chance of fracture.
However, the metal ball and the metal cup slide against each other during movement causing metal particles to be released. Over time, the metal particles can cause damage to bone and/or tissue surrounding the implant and joint. Soft tissue damage may lead to pain, implant loosening, implant failure, and/or revision surgery. –authored by Rick Fahr

How to Claim Disability Benefits 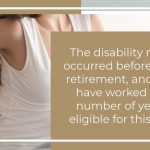 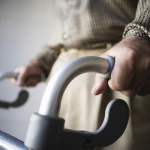 6 Qualities to Look for in the Best Disability Lawyer in Little Rock
April 26, 2021ecommerceadmin 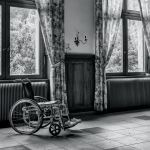 Why a Disability Claim Can be Denied
March 19, 2021ecommerceadmin