Before the Facebook revolution, if a bully wanted to pick on someone, he or she would wait for a poor soul on the playground and demand lunch money. Facebook, Instagram, Twitter, and the myriad of other ways we communicate with each other today has made the internet fertile ground for bullies.

Cyberbullying has become a serious problem in schools. For example, Texas Education Code §37.0832 makes bullying punishable by school disciplinary actions. Cyberbullying is found in the Texas Education Code §37.218, and is defined as a person using any electronic communication device to engage in bullying or intimidation. While cyberbullying isn’t defined as a crime in the Texas Penal Code, the crime of harassment is. Texas Penal Code §42.07 makes it a crime to intentionally communicate an obscene proposal, threaten, convey a false report, make a call or send a message designed to harass, annoy, alarm, embarrass or torment. Harassment is a class A or B misdemeanor, depending on the circumstances. Under Texas Penal Code §37.123 It is a class B misdemeanor to impersonate someone online with the intent to harm, defraud or intimidate.

Schools take cyberbullying very seriously. The punishment for being found guilty of charges relating to cyberbullying can include punishment up to 180 days in jail and fines up to $2,000.00. Schools can also take disciplinary action for cyberbullying, including suspension, or even expulsion for repeated offenses. A person charged with cyberbullying does have defenses, though. The First Amendment protects many kinds of speech, but it does not necessarily protect all speech. Whether a person’s speech on social media is protected by the First Amendment is one of the key questions in these cases. Also, just because someone claims a statement is harassing or threatening does not make it so. The courts apply a reasonable person standard when looking at whether a statement is harassing or threatening. If a reasonable person who saw or heard the statement would have felt threatened or harassed in the same circumstances, the person making the statement can be found guilty.

If you or your child has been accused of cyberbullying it may be time to contact an Arlington TX criminal defense attorney or counsel near you to determine the best course of action. Acting quickly when charged with cyberbullying may be of utmost importance.

Thanks to our friend and blog author, Brandy Austin of Brandy Austin Law Firm, PLLC, for her insight into the criminal implications of cyberbullying. 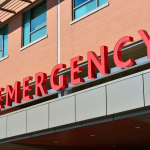 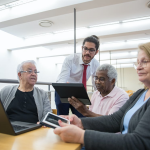 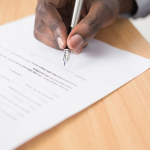